Parliamentary committee’s advice to industrialists: If the Finance Minister does not respond, take to the streets 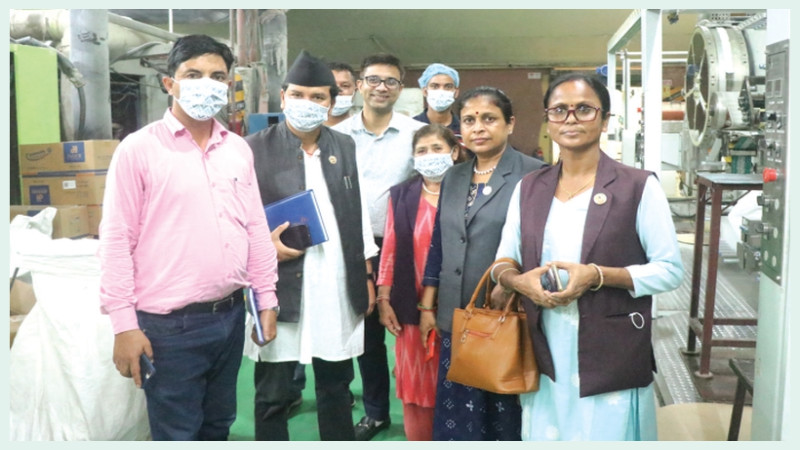 Bimal Prasad Srivastava, chairman of Parliament’s Industry and Commerce and Labor and Consumer Welfare Committee, visited the GI wire and sanitary pad industries which were closed due to unequal taxation. In the discussion program held after the visit, Chairman Srivastava said that he would direct the finance minister again to correct the discriminatory tax rate.

He also suggested the industrialists to take to the streets if the finance minister tries to waste time by forming committees/sub-committees.

Asserting that the Prime Minister and CPN Maoist Center Chairman appointed Sharma as Finance Minister for personal gain, Chairman Srivastava said, ‘Was there no other honest person in this country who deserved to be the Finance Minister in the same party?” Srivastava alleged that because he was going to annoy the Prime Minister, he changed the tax rate by giving profit to some industries and closing other industries.

Prakash Rasaili, a member of the committee, said that when he went to the industry where he saw Gulzar earlier, he found rust and spider webs. He said that thousands of laborers lost their jobs when the GI wire and sanitary pad industries were closed due to the unequal policies introduced by Finance Minister Sharma through the budget. Rasaili said that the finance minister did not stop even when the parliamentary committee was called and instructed to reduce the tax rate, and added, “The policy that came to feed some industrialists has played a game on the national economy.”

Rasaili said that last year, the finance minister had ruined 22 iron industries by giving tax exemption on the import of sponge iron, and this year, the sanitary pad and GI wire industry would be closed, and the tax rate had been changed. “This shows that the Minister of Finance is on the way to get very good economic benefits,” Rasaili said, “No system can survive in a country where the economy is not strong.” The work of the finance minister is an attack on the republic itself.