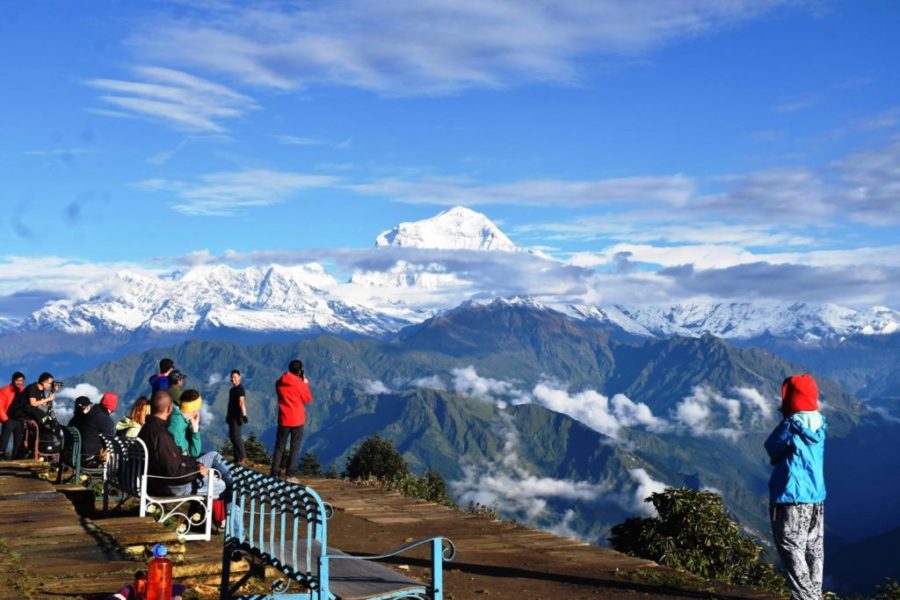 The arrival of foreign tourism in Nepal has come to a standstill. The reason why foreigners do not come to visit Nepal is that the airline businessmen cheat by charging expensive fares and even the hotels and tourist buses cheat by calling them foreigners. Even for trekking, they charge a higher fee than the Nepalese. Lately, only Phat Foot seems to be foreign. There is no pressure like before. Even some tourists in Nepal have not been able to get good services and facilities. Even the government has not paid attention to this.

Foreign tourists are cheated at every step. The order of selling the same goods to Nepalis at twice the price is still going on. The behavior of tourists is not good. Proper security arrangements have not been arranged for foreigners. If you look at the geographical situation of Nepal, it is very steep. Even the roads in the outer districts have not been expanded. Due to which they had to die prematurely. There have been many incidents of foreigners dying while trekking, climbing Mount Everest and visiting different places.

The price of water which is sold to others for 20 rupees suddenly becomes 100 rupees. A taxi is required to go from the airport to various hotels. They ask for 5000 in the way of 500 for a green or black plate.

In the same way, when going to visit a monastery, those who are begging in the temple premises fall at the feet of foreigners. It seems that they are too tired to visit. The beggars are found harassing them. On the other hand, hoteliers also provide the same service to Nepalis for 1000 rupees but charge foreigners three times that amount. Green plate buses are also being cheated in the same way. Nepalis pay 1000 rupees while foreigners pay 5000 rupees. Foreigners start getting cheated as soon as they land in Nepal.

In Nepal it is called ‘Atithi Devo Bhava’. Serving and welcoming guests is our religion. However, we are making it easy for the guests who have come to never come back. Doing one thing is happening like another. How to provide good services to foreigners? How to encourage them to come to Nepal again and again? No one is interested. Whether the foreigner lives or dies, the Nepalese government does not care. After coming to Nepal to visit, it is the government’s responsibility to protect them.

Foreigners are paying taxes wherever they go. The tax levied on them is much more expensive than the Nepalese. A few months ago, a foreigner fell from the roof of a hotel in Thamel and died. This has proven how unsafe and risky hotels in Nepal are. Foreigners come to Nepal to visit, not to be cheated and die. But now, coming to Nepal has started to act as if it means more money.

There is no good service facility, no safety of life. The Minister of Culture, Tourism and Civil Aviation has no plans in this regard. How to encourage more foreigners to come to Nepal? He has not even prepared a blueprint for that. The hoteliers have submitted a memorandum to the Minister of Tourism saying that our businessmen have drowned in Churlum, to create an environment for foreigners to come. But if we had not dreamed of becoming rich overnight in the past, there would not be a shortage of foreigners today.

But what will the minister do now? There was no dragging. The rate of eating and staying at the hotel is not set by the government. The hoteliers themselves have set it. They are robbing both foreigners and Nepalese by setting arbitrary rates. It is seen that hoteliers serve stale food, beds are not clean, bathroom arrangements are not so good, TVs are also old and old. The hotel is also operating under a zinc roof. They are running lodges and guest houses in houses that have been destroyed.

Which house to keep the hotel? What are the criteria to open a hotel? This should be determined by the government. The hotel should be operated in an orderly place. Normal hotels are doing daily business from 1 crore to big ones. However, the state has not received revenue for this. Not only the citizens but also the state has been cheated. Some hotels have been operating without registration. The documents of the registered ones have not been renewed either. It is monitored neither by the district administration office nor by the municipality. Let’s not talk about the ward.

The rate of staying and eating in lodges and hotels is determined by the owner’s tongue. If the government determines it, it will be accessible to everyone. Hotel owner takes expensive amount of food but does not get food accordingly. After taking the money, the food should also be given. The government should make a law for this. If the luggage is given by weighing, the same system should be applied in the hotel. We pay money but our stomachs are not filled. The Ministry of Tourism and the Department of Tourism have not paid attention to this.

Half of them should be taken. The government has fallen in front of the Federation of Hoteliers. Hoteliers are not responsible to the people and the nation. In order to make a profit, the hoteliers bring and cook food. Poor quality, expired products are cooked and sold at high prices. It is the same with vegetables and fish. The alcoholic beverages kept in the hotel are also unfit to eat. They also keep duplicate liquors.

People have become victims of diseases due to lack of inspection by the government. Things monitored in the hotel are not heard much. The government has left the hoteliers alone. Whatever they do is exempt. No action, no penalty. Now the foreign exchange reserves are decreasing. If foreigners do not come, the country has fallen into disrepair. But how to bring in foreigners now? Is it by giving concessions? Is it possible to improve services and facilities? The relevant authorities have not paid attention to this issue.

The economy has been affected due to non-inflow of dollars. The registration of arbitrary hoteliers should be canceled. Let us prevent Nepal from becoming Sri Lanka by implementing various policies. Nepal’s main source of income is tourism, but we have not been able to treat tourism well.