Corona’s new variant: Let’s not be afraid, but let’s not repeat the same mistake. 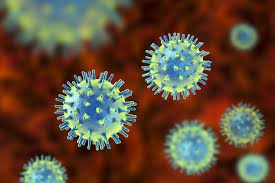 Not forgetting the loss of the delta variant of the Covid 19 virus, a new variant of B1.1.529 appeared in South Africa due to mutation of the virus. The World Health Organization (WHO) announced on November 26 a variant of concern, naming the mutation Omicron.

The Ministry of Health and Population has issued a press release on December 3 urging the general public not to travel abroad and to adhere to public health standards. As this variant has spread to 12 countries around the world, public health experts say that one should be vigilant in Nepal as well.

Public health scientists who have closely watched the damage of the Delta variant say that the new variant should be cautious. So far, however, little has been said about the variant’s ability to spread the infection, the potential for infection and damage to those with antibodies against Covid-19.

What makes Omicron different from Delta?

Virologist Drs. Sudip Khadka explains. He added that new mutations in the spike protein of the virus, as seen in the Delta and Alpha variants, could lead to an increase in infection and doubt that antibodies against Covid-19 would work. “A lot of facts have not been made public yet, but there are some reasons why fear grows,” says Dr. Khadka.

According to him, the disappearance of the old variant and the appearance of a new variant means that the virus is usually very contagious and the old antibody does not work. It is doubtful that it is still more contagious than the Delta, as the Omicron variant is now spreading to areas where Delta variants have been outbreaks before. Khadka explains

Both the ability to spread the virus and the public health standards observed in the community play a role in the spread of any infection. That’s why we can’t talk about the Omicron virus immediately, he said. “We should not make the mistake of not doing anything until the number of infected people increases more than we are afraid of now,” he said. khadka says.epidemiologist Dr. Kedar Baral says that Omicron virus reminds us of the early stages of Delta variant. That is why the general public and the government should not repeat the same mistake as in the early stages of the Delta variant, he said. “New variants keep coming until the virus is eradicated from the community as soon as possible,” he said.

Before the Delta variant reached its peak, the community had a dormant transition. However, due to compliance with public health standards in the community, the government did not monitor adequate testing, contact tracing, and infection isolation.With the signaling of the start of the second wave in India, Nepal did not act swiftly for prevention. The Delta variant has caused a lot of damage in Nepal due to the lack of strict monitoring and testing at the border. Sharad vanta explains.He says that the same mistake should not be repeated now with regard to Omicron variant.

Dr. According to Vanta, once the virus starts to spread, it becomes difficult to control it. “It’s the nature of the virus to keep changing, but not all mutations are dangerous.